Last night the Barba  family awoke to a loud explosion, and the sounds of flames. Their home of 22  years was lost in a horrific fire that started in the carport.They lost everything they own, and nearly escaped the fire that ended up destroying a total of three homes.  Five kids have been affected by this fire, and not only are they traumatized and emotionally exhausted, but they are in need of clothes, school supplies, basic necessities and a home.  Red Cross has provided a place for them for 2-3 days, but after that they are on their own. Please if you can donate any amount during this time of need, it would help them get back on their feet. 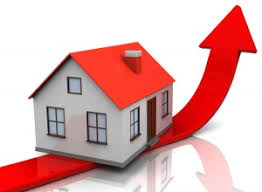 As we settle in on this new year, we here at Conquest Credit have been extremely busy, we have the same goal in mind as our clients “To get incorrect items deleted from their Credit Report” We take pride in helping our clients get back on track. So far this new year we have got 4 bankruptcy’s, 25 collections, 6 civil judgments, 18 debt write offs and 22 late payments corrected. We are excited to help many individuals and families this year take control of their Finances and Credit. Feel free to call us anytime for advice on how to build Credit or if you would like us do a free credit Analysis for you.

The congressionally mandated Federal Trade Commission study is the sixth and final review of credit report accuracy. It follows a studyissued by the FTC in 2013, which examined how many consumers had errors on one of the three credit reports.

The new study announced Wednesday focuses on 121 consumers who had at least one unresolved dispute from the 2012 study and participated in a follow-up survey. It found that 37 of the consumers (31%) stated that they now accepted the original disputed information on their reports as correct.
However, 84 of these consumers (nearly 70%) continue to believe that at least some of the disputed information is inaccurate. Of those 84 consumers, 38 of them (45%) said they plan to continue their dispute, and 42 (50%) plan to abandon their dispute, while four consumers are undecided.

Other study results can be found in the executive summary of the report.

To read more blogs like this or if you would like any advise or help in any of these areas feel free to visit our website and sign up for our for our Newsletter. Like us onFacebook page and we will send you a free ebook on “Understanding Your Fico Score”

No matter where you’re at in the US we can help.

JPMorgan Chase and Bank of America plan to start offering FICO scores they have on customers to them for free, according to a statement released Monday by the White House.

The moves likely will make a score once known in many cases only by lenders more readily available to millions of consumers. FICO scores, created by Fair Isaac Corp., are used in about 90% of consumer-lending decisions.

Consumers have dozens of FICO scores but in many cases the scores they can purchase aren’t the exact FICO scores a lender has on them.

Along with the two banks, auto-lending giant Ally Financial is expected to start offering FICO scores to its loan customers.

Lenders commonly review credit score and credit report changes for borrowers. This includes information such as how much credit card debt they owe compared to spending limits and whether they’ve fallen behind on payments to other lenders that would point to increased risk.

Lenders are feeling more pressure from federal regulators and the news about the expanded credit score availability likely was influenced by the pressure.

FICO launched the “Open Access” partnership program in November 2013 and has added Discover Financial Services, Barclaycard, First National Bank of Omaha and Sallie Mae, among other lenders, to the program. The program shows consumers the two most important factors impacting their credit scores. Consumers can only access the program if their financial institution subscribes to it. The program is available to all servicers that use FICO scores to evaluate credit risk.

Bank of America will start providing credit card users with their FICO score later this year. Ally Financial will begin to offer car-loan customers their score next month in a pilot phase, according to a spokeswoman. Ally customers will be eligible to see their score, though they will need an account online, where the score will be made available.

Chase expects in the coming months to offer FICO scores free to its credit card users who use its “Slate” card. Chase has approximately 10 million Slate card holders.

Fair Isaac officials told The Wall Street Journal last month that it expects nearly 60 million consumers in the U.S. to soon have access to their FICO scores, up from an estimated 32 million in December and 8 million when the program first launched. The figures don’t include Bank of America, Chase or Ally.

To read more blogs like this or if you would like any advise or help in any of these areas feel free to visit our website and sign up for our for our Newsletter. Like us onFacebook page and we will send you a free ebook on “Understanding Your Fico Score”

No matter where you’re at in the US we can help.